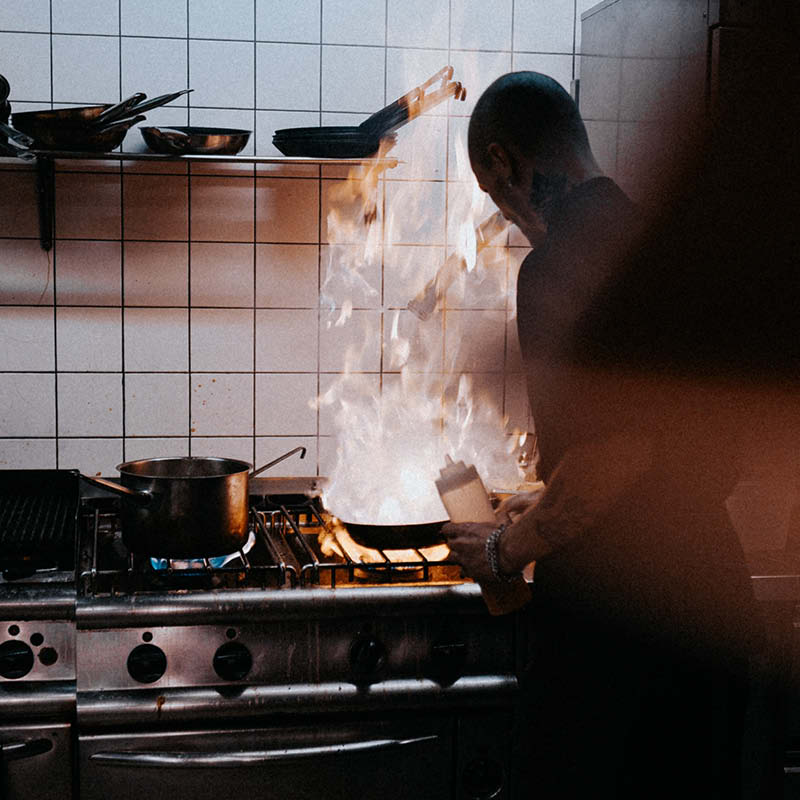 There is a crisis in cheffing, and it’s got nothing to do with ‘snowflakes’, a lack of human resources, or the good old days

I’m a chef, and I wouldn’t want my daughter to be one. You don’t have to scratch very far beneath the surface of my world to see it’s fucked up. It’s all hard work, long hours, shit pay and masculine ideals of bravery. There is a crisis in cheffing, and it has nothing to do with ‘snowflakes’, lack of human resources, or the good old days.

The nation is waking up, and inequality, environmental irresponsibility and political ignorance is now no longer tolerated. All of which puts the reality of the industry into even more of a juxtaposition.

As far back as the 14th century, it seems cooks were being employed by the military to feed their armies. These military hierarchies likely had an effect on civilian kitchens – for example, the double breasted chef’s jacket is an adaptation of Turkish uniform.

Late in the 19th century, following a career in the French army, chef Georges-Auguste Escoffier developed the modern brigade system in London's Savoy Hotel. For maximum efficiency, he organised the kitchen into a strict hierarchy of authority, responsibility, and function.

In this brigade, widely adopted by fine-dining establishments, the general is the executive chef, or chef de cuisine, assisted by a sous chef. Subordinate are the chefs de partie, each in charge of a station and assisted by demi-chefs and commis (apprentices). It seems to have spread throughout the British and French Empires, Europe first, then the rest of the world.

Today, most restaurants use some simplified variation of Escoffier's kitchen brigade, which is why French is the language commonly spoken in working kitchens. Typically, the executive chef coordinates the kitchen activities, sets standards, manages costs, and directs training and work efforts. The sous chef sees that the food is prepared, portioned, and presented according to the executive chef's standards. The line cooks run the sections and prepare menu according to specs. Oui, chef.

The irony is, I was a big part of this problem. I devoured Kitchen Confidential, quoting it like some kind of Marx’s mantra. I idolised the alpha males screaming in the faces of young men, proclaiming the use of aggressive slurs as simply part of being a chef. Fuck you, fuck this, fuck that. Fuck.

Then one day it properly fucked me up.

I was mid-tirade with an art student working weekends to subsidise her tuition fees, revelling in an environment of stress, militant hierarchies and toxic masculinity. Then it hit me. I woke up. My daughter wasn’t even one year old, and her dad was a complete dick. A massive part of the problem. I hated myself. The thing is, outside of the kitchen, on civvy street, you would never know. It was when the apron went on, the extraction turned up and the pass underlit with garish hot lights: that’s when I came on stage and turned nasty.

What happened next for me was a decade of questioning, learning and pushing hard against the flow to work out how I (we) ended up like this. And, indeed, figuring out whether I wanted my business to be part of answering the questions, not part of the problem.

The first thing I did was ask myself some fundamental questions: why do I cook, what do I love about hospitality, and what is it that gets me up every day to feed people?

The answers kept bringing me back to making lifetime memories for the guests at my tables. My next journey was to understand how I could actually do this. The science is simple, mainstream psychology of purpose. Maslow’s Hierarchy.

Facilitate a safe space, and meet the basic needs for food, water, shelter. Then you will self-actualise, experiences will be your aim and new experiences are memories.

This stuff was not coming from my industry though – there is not a single chapter in any guide to cuisine that talks about this. I read a lot, I listened to a lot of interesting people and I got out of my kitchen, a lot.

So I finally knew my purpose, my why! I had intrinsic motivation and a purpose that could top me up. The next stage was understanding how I could pass this onto my team.

The hierarchy system, based on Escoffier’s military kitchen and put in place over a century ago, did not help; in fact, it’s a big problem. It’s male-dominated management pyramids like this that are behind many of the decisions that have broken our world on an environmental and social level.

We can’t put one person, often a white man, at the top of a pyramid and only listen to him. If you always do what you've always done, you will always get what you've always got. I needed to understand how to lead without using fear, and I also needed to attract people that wanted to be part of something for more than just the carrot at the end of the day.

This realisation sent me spinning because all the chat about business is bottom line focused. Statements like ‘there are no friends in business’ paralleled quotes like ‘if you can't handle the heat get out of the kitchen’. Business was not where I was destined to learn about leadership.

It was a chance bowl of soup with an aunt of mine (I have many aunts, it’s an Irish Catholic thing). She can cook, really cook, from the heart – food that I would love to cook, effortless and plentiful. But it wasn’t the food that clicked for me initially, it was the way she managed those in her home. She mothered them, no shit. She cooked maternal food, from the heart and she handed out love, care, attention, wisdom and the odd harsh stare. It was this maternal mindset that I wanted to be known for.

So we flipped the pyramid structure of the Escoffier and his Brigade de Cuisine and moved those in power into positions of nurturing. If your job was sitting on the pass calling the orders, it was now your duty to check in on your chefs and facilitate them to have a good day. Good people started to have good days and these days started to add up to good food. This was when things got interesting.

Our teams started talking. I don’t mean getting on as colleagues should, I mean opening up. Thinking about their feelings and how food made them feel, they told stories of dishes that made hearts jump and flavours that, when described, would make the storyteller dance! They converted this into their pots, pans and the fires all around them.

We were all empowered to drop dud dishes from our menus and only cook food we really loved.

Then the penny dropped: if we cook what we love with people we love for people we love, then we will have a business (environment) we love.

There has been another fairly important result of all this questioning; our profit has gone up. It’s an ugly subject, and a fairly basic need for all of us but without it, we would all be screwed – so I’m not going to ignore it. By reducing our top end salaries because we needed less management and by lowering our wastage, because we had less choice, we were able to improve our fixed costs. We passed this onto our guests, and in turn, they handed it back to us by engaging with our businesses more often.

So now I have the perfect business, and I’m solving the world's problems, and I’m another white, privileged, middle-class male, skipping off into the meadow of my middle age… Nope.

I'm still a chef, and I still wouldn’t want my daughter to be one. I still believe that unless we change the fundamentals of how we manage our kitchens and sell our products, we will only have what we’ve already got. So next time you hear about the chef crisis, maybe ask a few questions. I think the answer is obvious: we don’t have a chef crisis. We have an arsehole crisis.

I would know; I was one of them. 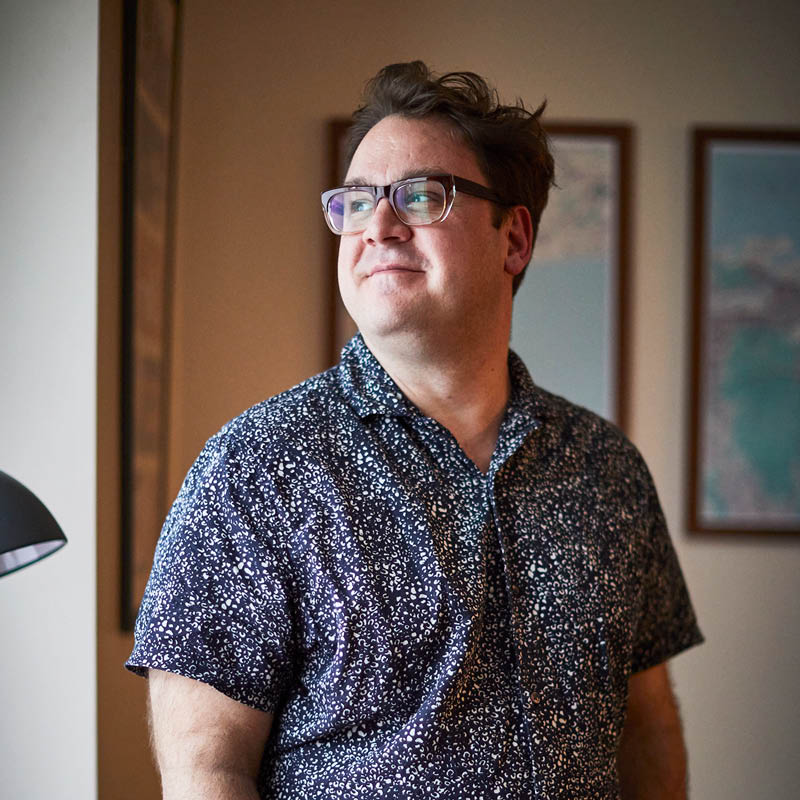 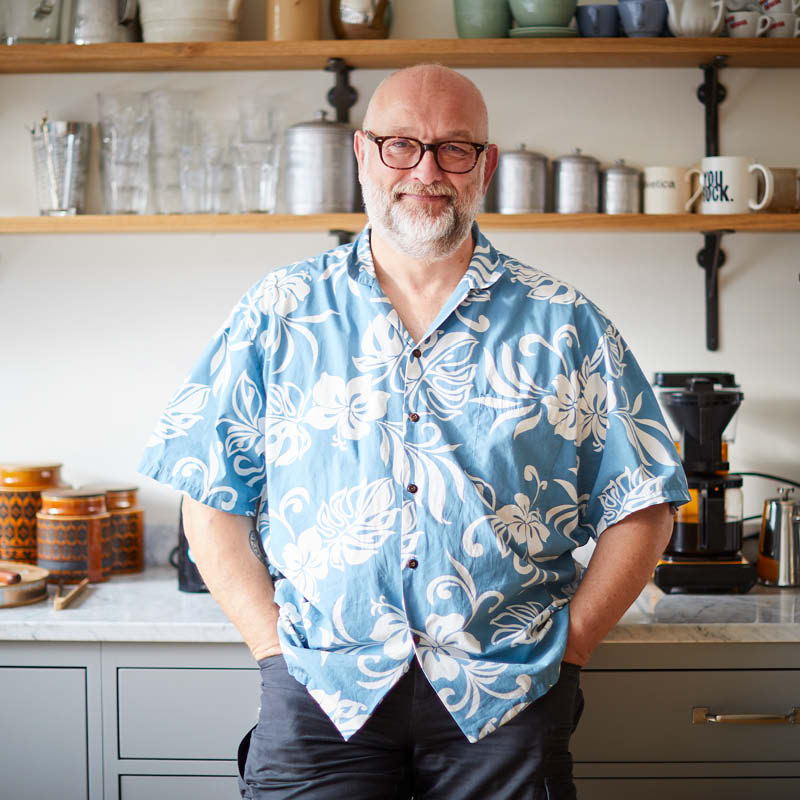 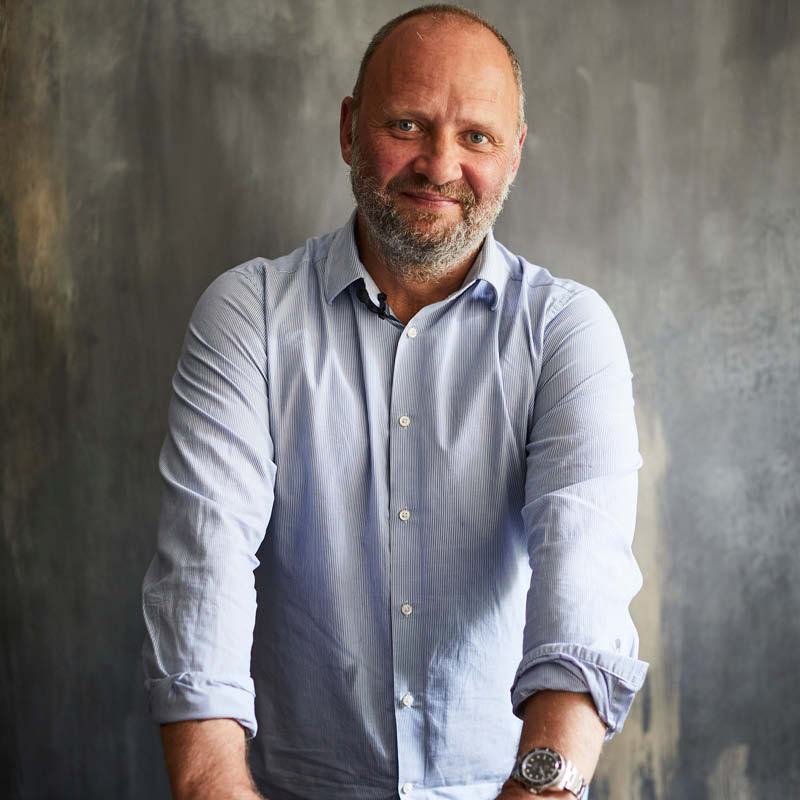